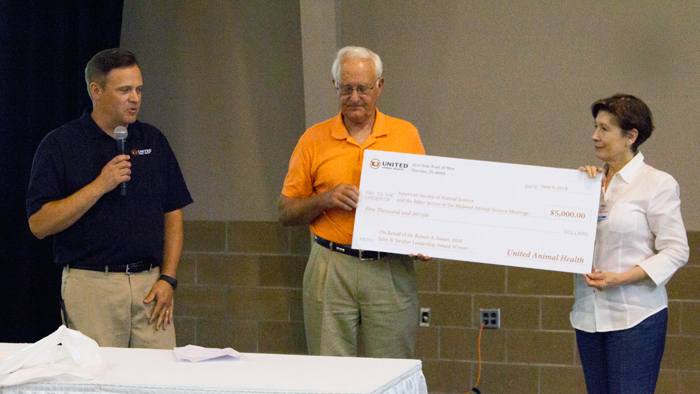 As an expert in swine nutrition, Dr. Easter has co-authored a book on swine production, written 11 book chapters, more than 90 peer-reviewed articles, four monographs and numerous papers for conferences and industry publications. He has also spoken to audiences in the U.S and in 27 foreign countries.

His numerous awards and recognitions include the American Feed Industry Association Award in Nonruminant Nutrition Research for the American Society of Animal Science, the University of Illinois College of Agriculture Paul A. Funk Award for contributions to the Illinois agriculture, the Illinois farm Bureau Charles B. Schuman and being appointed chairman of the Board for International Food and Agricultural Development (BIFAD) by President George W. Bush.

“Dr. Easter is a special person. His contributions are far-reaching and truly impressive,” commented Webel.

“I have known John Swisher for a very long time and greatly admire the company that he and his colleagues built – that makes the recognition special,” noted Easter.